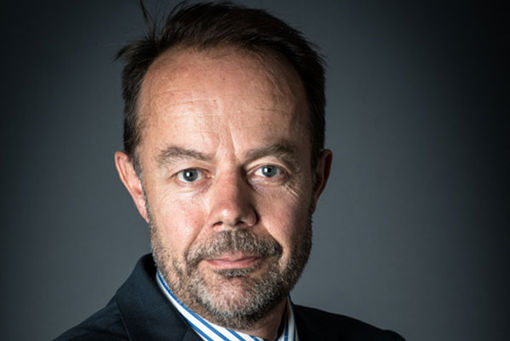 Gold prices were deceptively stable in November, breaking even at the end of the month after fluctuating between $1196/oz and $1237/oz. Gold is failing to take a clear direction, being at the receiving end of some fairly mixed signals. In the meantime, the trend is constructive, with prices returning above the 50- and 100-day averages, but still falling short of the 200-day average ($1258/oz). Gold breaking out of the $1243/$1246/oz resistance zone would send a very positive signal.

Although the main gold market “drivers” do not argue in favour of the yellow metal, investors’ interest seems to be reviving. The trend is still being kept in check by the still firm dollar, US real rates, although these have started to ease slightly, and the fall in inflation expectations given the lower price of oil and other commodities.

That said, a major event in the last week of November could change the situation, namely the press release published by Jerome Powel, the Fed’s chair, stating that US key rate levels were approaching neutrality, prompting a significant adjustment of market expectations. Although until recently the “dots” still suggested that there would be three interest rate hikes in 2019, the most likely scenario is now that there will only be one (37.9%). This could halt the US dollar’s appreciation. The easing of trade tensions between the US and China would also be very helpful, but the hope inspired by Mrs Trump and Mrs Xi having dinner together may be short-lived.

Interest in “physical” gold continued, with the equivalent of 18 tonnes accumulated in November, and a positive balance of 13 tonnes since the start of the year. The trend on the futures markets (COMEX) is still uncertain, however, with slightly short net positions of 2.52k lots, i.e. 252koz (approx. 7.84 tonnes).

Investors’ disenchantment with silver is growing. The mint ratio (gold/silver ratio) reached its highest level since October 1993 at 85.49x. This is still well above the averages observed over 10 years, 20 years and 30 years, which stand at 65.6x, 62.8x and 66.9x respectively.

The situation for platinum-group metals still varies greatly. Palladium prices are at record levels, at close to $1200/oz, and are on the verge of beating gold prices. Platinum prices, on the other hand, are inexorably falling towards their 2008 low. Pending the development of all-electric vehicles, the vilification of diesel is benefiting petrol vehicles and palladium-based catalytic converters, whereas such converters are mainly made from platinum on diesel vehicles.

What about gold mines?

After bottoming out in mid-November, the 12-month forward earnings momentum of gold-mining stocks (NYSE Arca Gold Miners) stabilised. While the consensus is currently basing its expectations on an average gold price of around $1265 for 2019, the trend will need to accelerate for a real improvement to be likely, for both profits, and for prices in their wake.

The announcement of new projects, and the possibility of fresh resources, would also be viewed positively by the market. Gold companies are working on this, with a 19% increase in their exploration budget ($4.86bn) in 2018 vs. 2017, according to S&P Global Market Intelligence data, i.e. 50% of global non-ferrous metal expenditure. Most of the exploration expenditure is concentrated in safe regions, such as the US, Canada and Australia, which is a sign of the times and a reflection of geopolitical risks.

Gold-mining stocks consolidated after a sharp rebound from their September low. Gold prices will have to rise more quickly for this trend to be sustainable. Gold crossing the $1243/1246/oz zone would give reason to hope for a return to the February low, around 9.5% above the current level.

Valuation of the gold-mining industry

At less than 1x P/NAV, the average valuation of gold-mining stocks does not factor in discoveries or developments in addition to existing operations, and is at a standard deviation below the average observed over more than ten years.

The P/CF analysis confirms this approach – at close to 6x P/CF, the valuation of the gold-mining sector is far below the average observed over the past six years (7.4x) and even further below the average for the past 12 years (10.7x), which means there could be a considerable re-rating of the theme when all the conditions are in place.