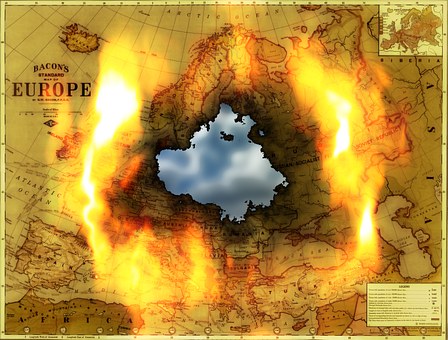 ‘The price action in financial markets in recent days confirms just how sensitive investor risk appetite is to developments on the trade front. The decision by President Trump last week to put 10% tariffs on $300bn of Chinese exports surprised investors and revived fears that global trade conflict is escalating. Reports that China is halting imports of US agricultural products and the weakening of the Yuan through 7 per USD for the first time in since 2008 have intensified these concerns.

The direct economic impact of the latest round of Trump’s tariffs seems fairly small – the indirect impact on business sentiment and expansion plans is the bigger concern. Although some key indicators in recent weeks have shown tentative signs of a stabilisation in global macro momentum, corporate confidence remains frail, particularly in manufacturing. The big risk here is that any further deterioration in business sentiment could undermine already-weakening capital expenditure and employment plans in manufacturing and spill over into the hitherto-resilient service sector and consumer spending. While the scale of these risks is hard to calibrate, the direction is clear – every escalation in trade tensions is rightly being interpreted as yet another threat to global growth

In the near term, we expect China to unveil some further stimulus measures in an attempt to cushion the Chinese economy from adverse developments on the trade front. Beyond that, central banks in the major economies will do their best to ease economic tensions, although probably not for a month or two. However, until there is a plausible path to a meaningful de-escalation of the China-US conflict, these sort of policy interventions will probably only partially offset the domineering impact of trade concerns on economic and market sentiment. For now, trade trumps all.

While the immediate market focus is on the risk of a prolonged dispute between China and the US, there is also some concern that trade conflict is already becoming a broader global theme. Investors are already trying to evaluate the impact of the current trade dispute between Japan and Korea and are on standby for any resumption of US global actions on autos or US-eurozone trade hostilities. Beyond this, the drop in Yuan has already caught Donald Trump’s eye and has investors on edge in case currency wars are about to become a new area of international conflict.

At this late stage in the economic expansion, conventional deliberations about the health of the cyclical recovery and the timing of the next recession are usually difficult enough problems for financial investors to solve. The challenge now is heightened by a widening range of unprecedented and unpredictable geopolitical developments ranging from trade conflicts to Brexit. With most financial assets having already delivered strong returns this year and visibility on the global macro outlook being unusually low, we see a strong incentive to lock in some profits in risk assets and to retreat until risk/return prospects improve or the global outlook becomes more predictable.’