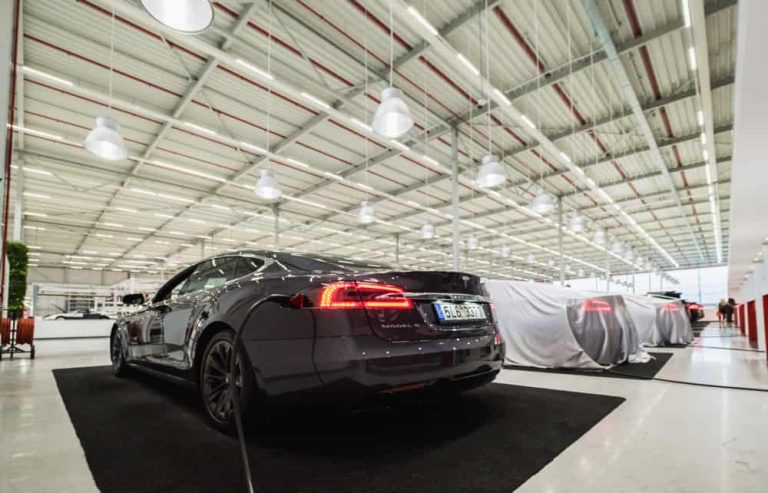 Despite the electronic vehicle sector undergoing various challenges like component shortages, Tesla has managed to sustain its grip on the market, with deliveries standing out among competitors. Recent deliveries also highlight Tesla’s ability to navigate the pandemic and supply chain disruptions while pushing different models to the mainstream.

Data acquired and calculated by Finbold indicates that among leading EV manufacturers, Tesla delivered 310,048 vehicles for all models during Q1 2022. With the deliveries, Tesla accounted for 57% of the 539,863 all-electric vehicles delivered by ten leading car makers.

Tesla continues to exact its dominance in the EV market despite the company, alongside the entire auto industry, taking a hit from global parts shortages and economic challenges stemming from soaring inflation.

Over the recent months, vital components like semiconductors remain in short supply alongside an increase in raw materials like nickel and aluminum following Russia’s invasion of Ukraine.

The company’s position as a critical EV supplier has resulted in extremely high levels of demand that are outshining the supply. However, Tesla has put in place mitigation measures like designing chips in-house, an advantage over other competing automakers. The firm also reprogrammed software to use less scarce chips.

The deliveries have been aided by Tesla’s ongoing plan to grow its manufacturing capacity. The company has captured a significant share of the global EV share with the Germany and Texas plants ramping up production of Tesla Model Y.

Although Tesla has recorded significant success in recent years, its deliveries could have hit the roof were it not for the continued impact of the pandemic. This is after the Giga Shanghai manufacturing plant was shut down because of increased COVID-19 infections. At some time, the Shanghai plant had become crucial to Tesla’s operations surpassing Califonia’s factory in production.

Tesla’s significant gap with competitors can also be attributed to the existing car models in the market. Tesla’s models are considered to fix some of the previous shortcomings among EV manufacturers characterized by poor design alongside heavy and longer charging hours. The wide product range has attracted different consumers and led to a growing electric vehicle market.

Despite the record deliveries, Tesla remains uncertain about the future, with CEO Elon Musk noting that the chip shortage might bar the company from introducing new models in 2022. However, the Q1 results offer a glimpse of the company’s projected to grow annual deliveries by 50%.

Overall, Tesla’s deliveries are one of the most closely watched metrics for the company since it underpins its financial results and highlights the market’s demand for electric vehicles.

From the deliveries, Tesla’s closest competition is from traditional automakers focusing on EVs to sustain their market share. Most automakers are not only introducing battery cars and plug-in hybrid options but are increasingly introducing all-electric fleets. Interestingly, some manufacturers like BMW have plans to stop developing internal-combustion engines, while others are allocating more funds to open EV manufacturing plants.

Furthermore, the traditional manufacturers are also moving to EVs to raise their carbon neutral profile to cater to environment-conscious clients. The shift is in line with the growing concept of Environmental, Social, and Governance (ESG).

Several regulations are aiding the shift towards an environmentally friendly auto industry. For instance, in the U.S. and Europe, one of Tesla’s largest markets, stringent restrictions on automotive emissions translate to market expansion. As part of long-term climate commitments, car manufacturers are accelerating their investments in electrification and meeting short-term policy requirements where some jurisdictions come with incentives.

Notably, traditional manufacturers are also investing in all-electric vehicle companies to meet market demands. For instance, Ford holds a significant share in EV manufacturer Rivian. However, the company is planning to sell eight million shares of its 102 million shares in Rivian.

Despite the EV market challenges, the demand for vehicles will likely soar amid surging fuel prices. However, higher EV prices could trim the sales.