America accounts for 31% of the globe’s nuclear-generated electricity 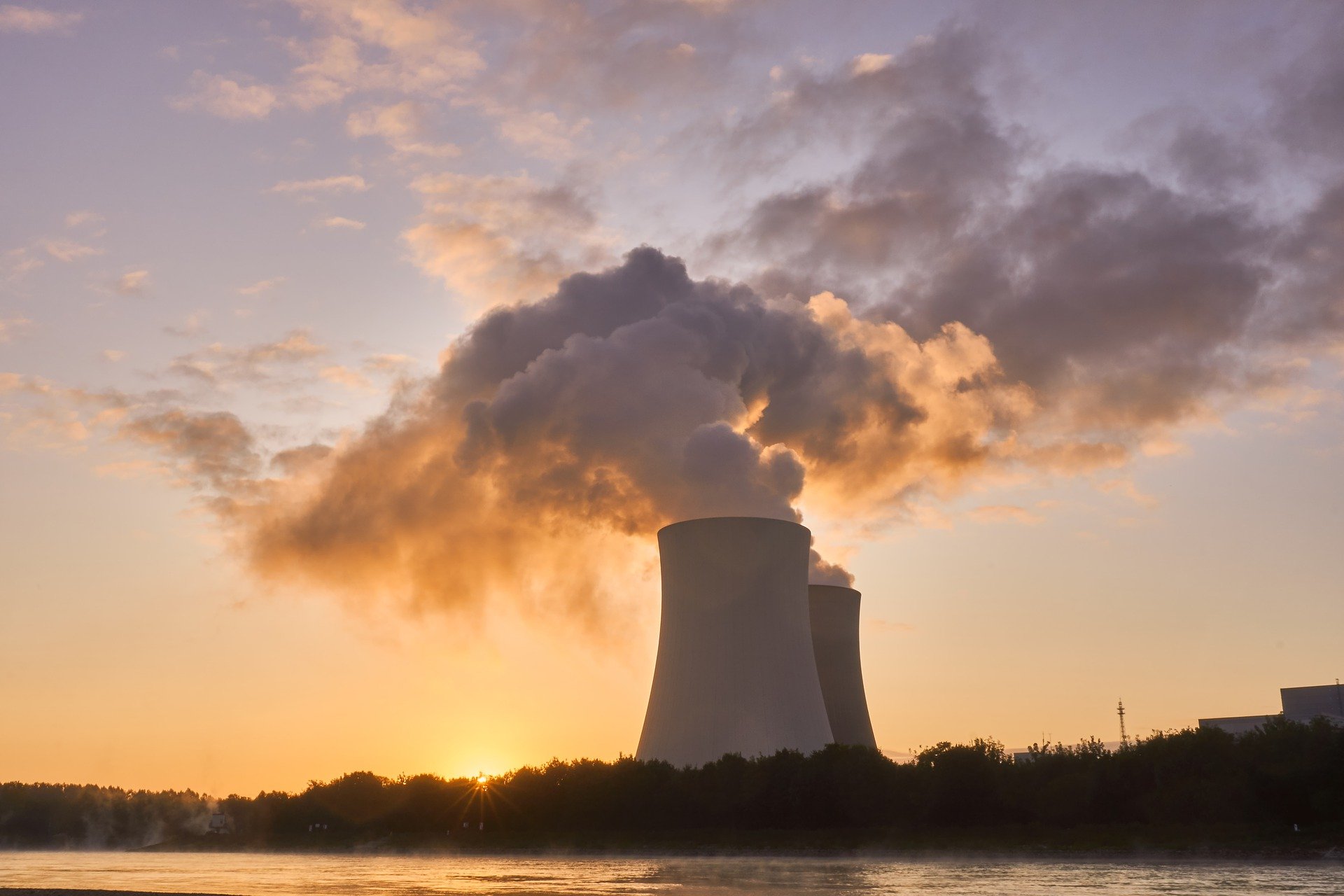 Nuclear energy generation has been declining in the last three decades. But that hasn’t dissuaded many countries from investing in it. Today over 400 nuclear power plants dot the earth’s surface, contributing roughly 10% of the earth’s electricity production.

According to a StockApps data presentation, the U.S. generates the most nuclear electricity globally. The country’s nuclear power plants produce nearly 790,000 GWh of electricity. That’s roughly 31% of the world’s total electricity production from the resource. 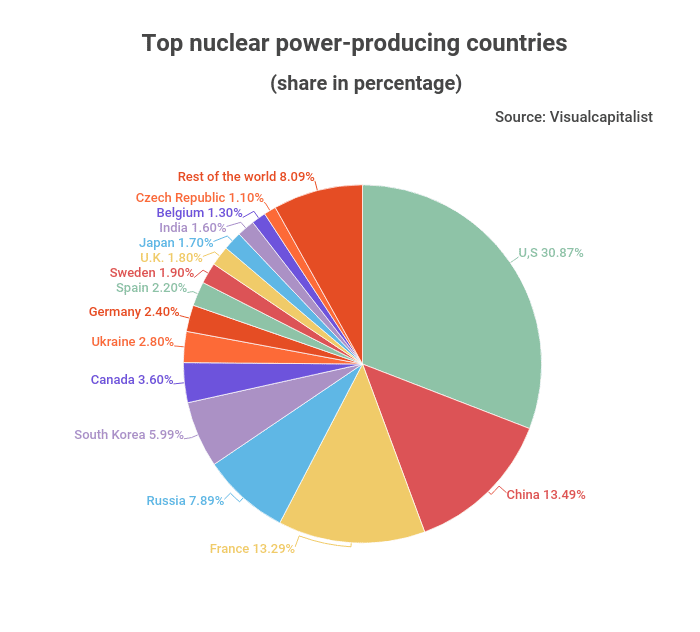 StockApps’ finance and investments lead Edith Reads has weighed in on the data. She holds, “America looks to nuclear energy as a source of clean energy. It has, therefore, not shied from investing in the resource that continues to draw criticism elsewhere. Again bar the heavy initial outlay, Nuclear power production is cheap and safe to operate under strict protocols.”

15 Countries produce over 90% of the world’s  nuclear power

Fifteen nations account for some 2.345 million GWh of the world’s total of roughly 2.553 GWh of nuclear-generated electricity. That works to about 92% of that total, per the IAEA’s PRIS 2020 figures.

As stated earlier, America leads in the resource’s generated capacity. Additionally, its nuclear energy production meets over 50% of its clean electricity needs. The country recently extended the working lives of 88 of its active reactors. That extension will see them remain in operation until 2040.

China comes in second with a production of nearly 345,000 GWh of nuclear electricity. This figure amounts to about 13.5% of the world’s total. Moreover, the Asian powerhouse is ramping up investments in the area in line with its sustainability goals. It plans to commission 150 new reactors before 2035 at over $400B.

France has the highest reliance on Nuclear Energy

European countries rely more on nuclear power than their peers from other continents. IAEA’s data shows France has the highest reliance on this form of energy. Up to 71% of the French electricity comes from nuclear sources, explaining its support for the energy source.

Interestingly, some countries with the highest levels of nuclear power reliance aren’t its biggest producers. A case in mind is  Slovakia. Though it produces hardly 1% of the global total, 54% of the country’s electricity comes from nuclear power.

And despite being the world’s largest producer, the U.S. is seventeenth globally in terms of its reliance on nuclear power. That disparity is due to its population size. America is larger geographically and population-wise and has diverse sources for its power needs. On the flip side, European countries are significantly smaller and produce less electricity.

What’s the Future of Nuclear Power?

The nuclear power sector is a highly dynamic one. By 2020 at least 50 new nuclear reactors were taking shape. Hundreds more, most of them in Asia, were in different stages of their actualization.

Countries are increasingly pursuing energy sources with minimal carbon footprints. This drive might spur further investments in nuclear energy. That said, the push to phase out its usage is gaining currency in several jurisdictions.