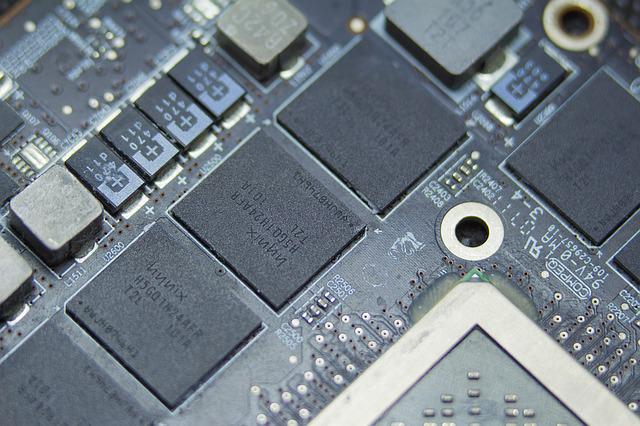 Chip downturn beginning
Last week on June 30, Micron reported a solid May quarter but guided for a meaningful q-q sales decline for the August quarter, which is typically seasonally strong (Micron earnings — tech read-through .)
Micron’s sales grew 11% q-q and 16% y-y in the May quarter, but it guided for the midpoint of its August quarter sales to decline 17% q-q and 13% y-y.

Management expects inventory to rise in the August quarter, by “a couple of weeks”. We expect that over the next month, as semiconductor and other technology companies provide guidance for the September quarter when reporting their June quarter earnings, reports of weakening demand (Anchor Report: Asia Pacific Technology – Heading into downturn, cautious on stocks ) will continue. In Korea, June export data showed that 2Q22 Korean semiconductor exports were the highest in June, but June exports were below March exports of USD13.1bn by 6% (Fig. 2, Korea exports for June). Our memory team noted that for the quarter as a whole, 2Q22 Korean semiconductor exports of USD34.7bn were similar to 1Q, below the team’s original expectations of at lest 10% qq growth in 2Q. We continue to expect steadily deceleration in y-y chip comparisons through 2022F and a decline in global chip growth in 2023F (Fig. 1 ) . 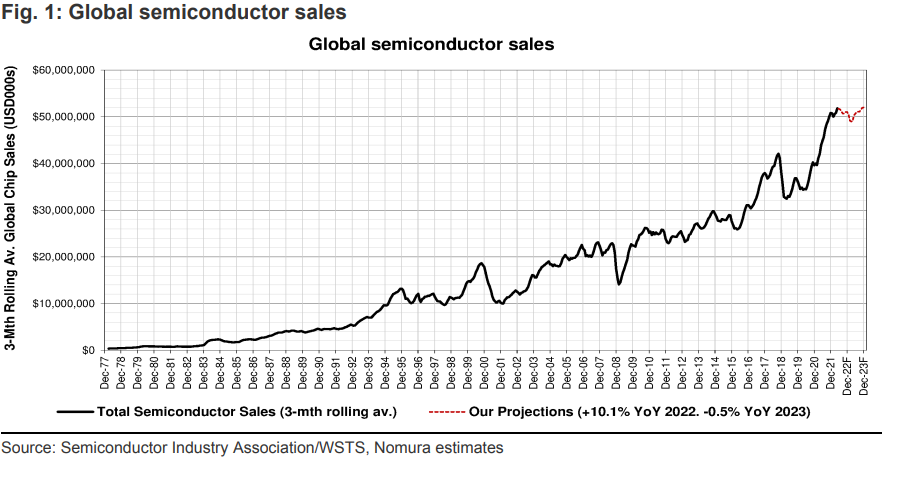 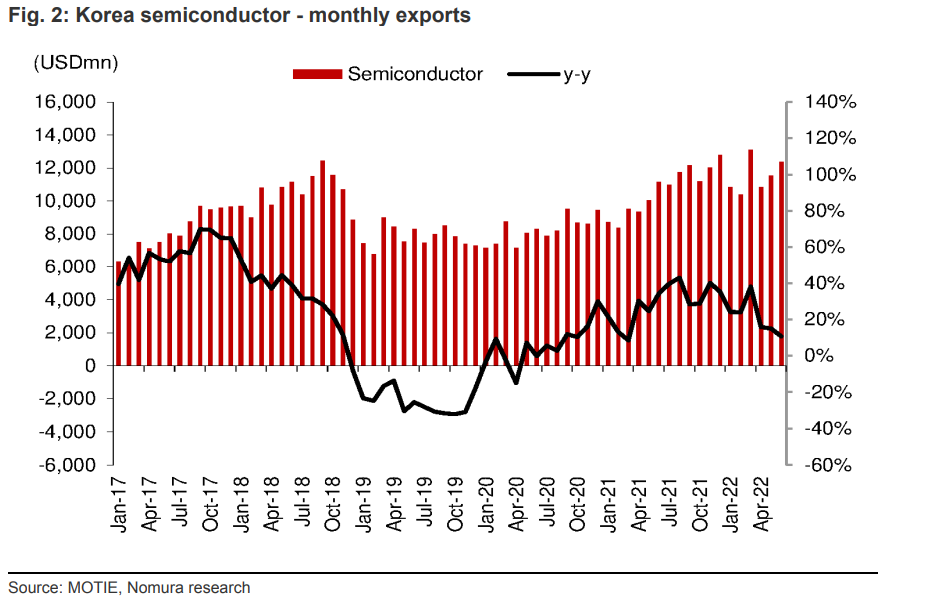