Nissan is our top pick, followed by Subaru, Toyota, and Honda 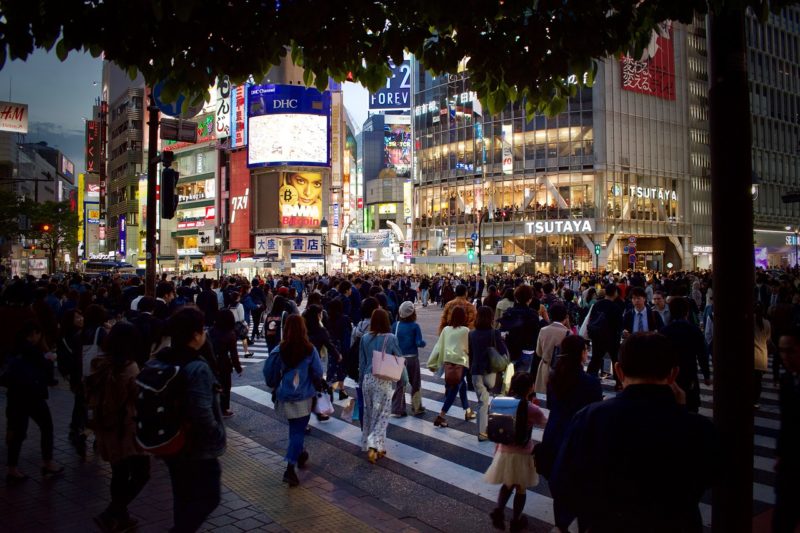 We look to strong earnings growth at smaller manufacturers in Jul–Sep, Inflation Reduction Act likely to be crucial over medium term

The negative impact of the parts shortages caused by the lockdowns in China and short supply of semiconductors has been waning month by month, and we look to a sharp q-q rise in global automobile production in Jul–Sep. The return to normal production happened first at Suzuki Motor [7269] (Buy) and Mitsubishi Motors [7211] (Neutral), reflecting their high exposures to emerging economies and the low numbers of semiconductors used per vehicle, followed by an almost complete return to normal output in July at Mazda Motor [7261] (Neutral) and Subaru [7270] (Buy), which primarily cater to MEDCs.

The faster recovery in output at Mazda and Subaru than at the three majors constituted a positive surprise. For the big three, we estimate a more or less return to normal output in September at Nissan Motor [7201] (Buy) and Toyota Motor [7203] (Buy) and in
October at Honda Motor [7267] (Buy). With smaller producers more or less back to normal production levels, and companies with high export weightings (Mitsubishi Motors, Mazda, and Subaru) having high forex sensitivity and thus benefiting from the weak yen, we expect to see particularly strong earnings at Suzuki, Mazda, Mitsubishi Motors, and Subaru in Jul–Sep 2022.

However, we think output at all Japanese automakers will probably be at a high level from Oct–Dec and thus expect share price performance to reflect not current output levels but rather companies’ marketing clout on major markets, whether they have popular new models, whether they can launch EVs and PHEVs that can qualify for tax breaks under the Inflation Reduction Act in good time in North America, and whether the Inflation Reduction act will dent margins.

The Inflation Reduction Act of 2022 was passed on 16 August and we think it has greatly increased prospective medium-term demand for EVs and PHEVs in the US (see our 1 September 2022 Anchor Report: US Autos: Inflation Reduction Act – IRA makes PHEVs the most attractive deal in
town ). Because the IRA requires the production of EVs/PHEVs and batteries in North America to qualify for tax breaks, major manufacturers with a big production presence in North America should be at an overall advantage. Among Japanese companies, we think Toyota Motor is best placed, as it has a strong lineup of PHEVs, which are expected to see a surge in demand, and it has also been pushing ahead with production of batteries in the US.

Conversely, Mazda Motor and Mitsubishi Motors will find it harder to produce EVs and PHEVs in North America, and while we look to ,particularly strong earnings for them in the near term, we think they will have to rebuild their strategies for the North American market from 2025 onwards. Based on earnings and share price performance, our investment order of preference for our Buy rated stocks over the next 3–6 months is headed by Nissan Motor, followed by Subaru, Toyota Motor, and Honda Motor. We expect Nissan Motor to generate sharp profit growth in 24/3 on growth in sales in North America and the Middle East. We see weaker profit growth at Toyota Motor in 24/3 as it is picking up some of the bill for raw materials at its suppliers, but we think this has already been priced in, and expect the stock to regain attention for longer-term growth prospects.

We still expect US sales of over 17mn vehicles in 2023 even with slowing economy, higher interest rates

We expect a sharp improvement in US auto sales from October, and retain our estimate that retail sales will rise 13% y-y to 17.50mn vehicles in 2023. We expect a boost from pent-up demand of 1.5mn vehicles in 2023, reflecting the 6mn-plus decline in new automobile sales because of supply shortages over the three years of 2020–22. We expect US shipment volumes to hit a new all-time high of over 18.5mn vehicles partly owing to dealers shoring up their inventories. We think auto demand will remain solid even amid the headwinds of a slowing economy and rising interest rates. 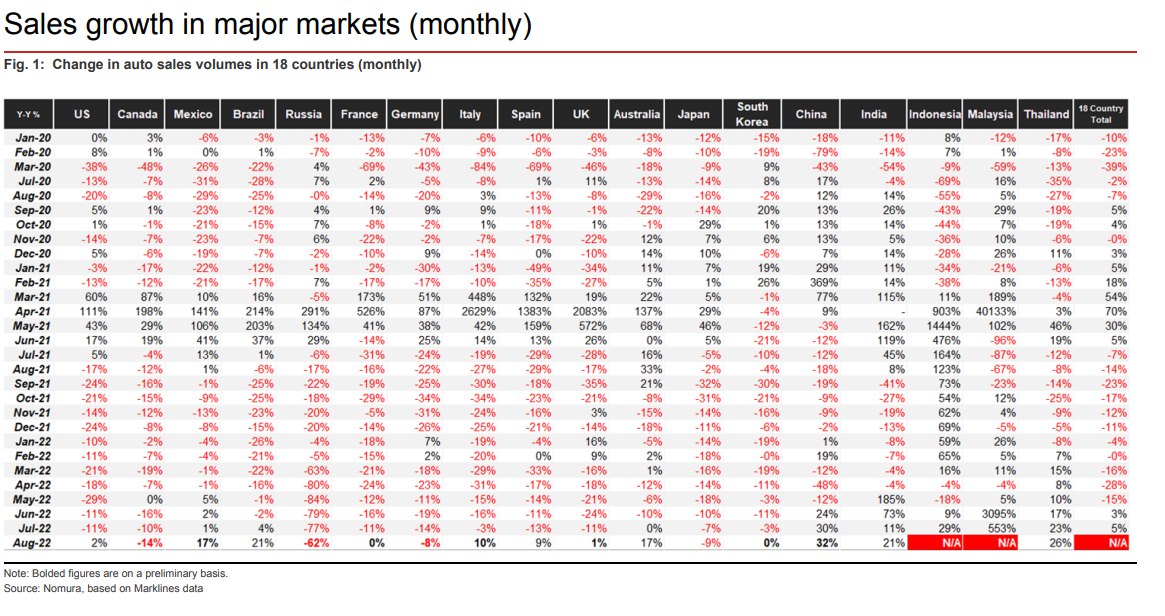 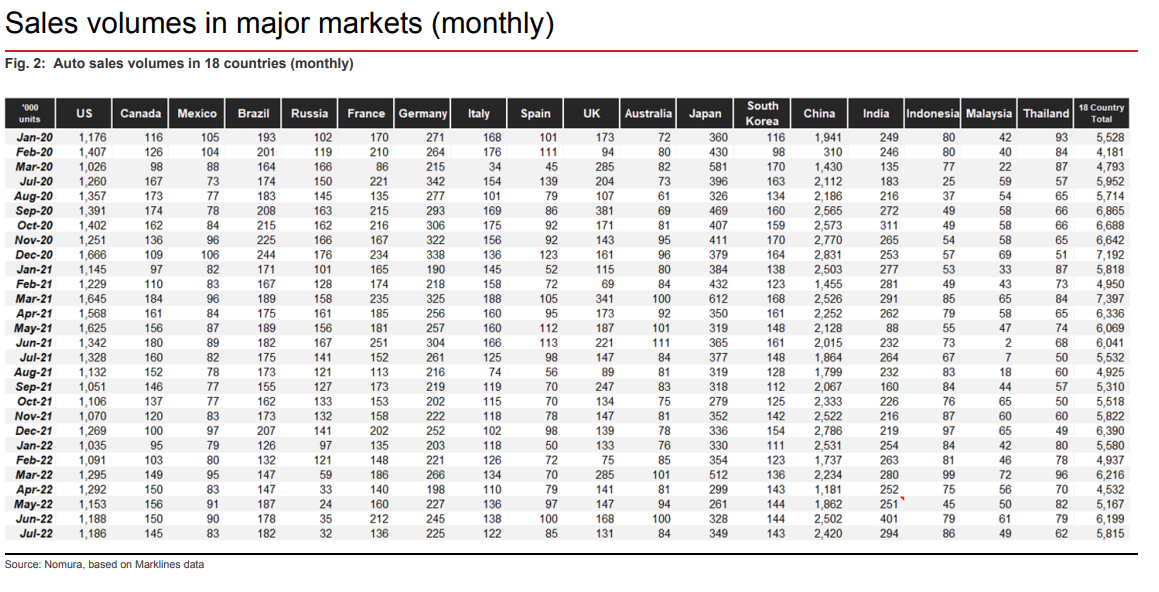 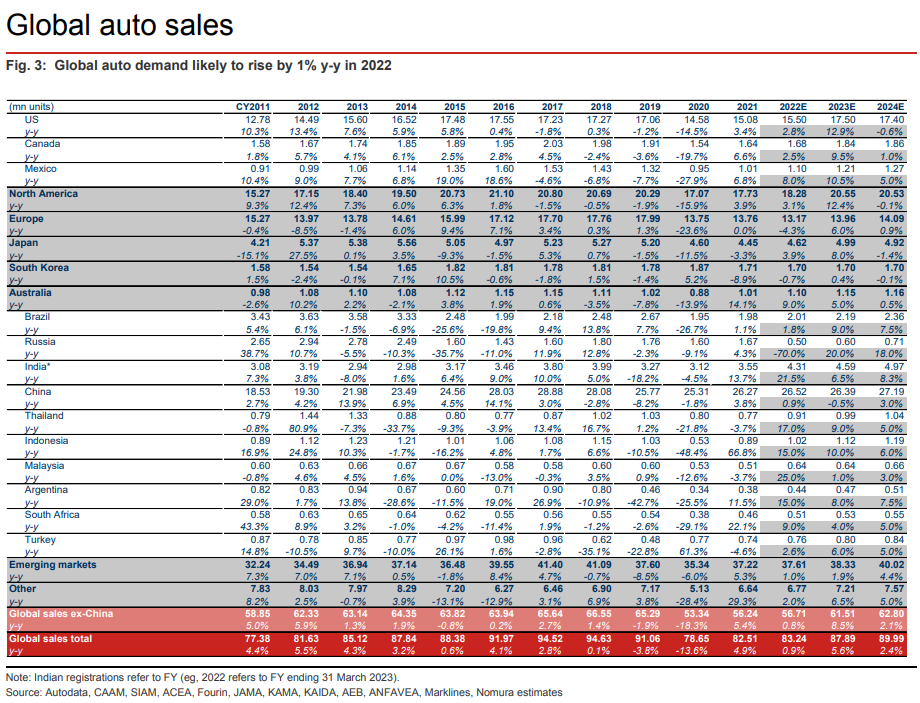 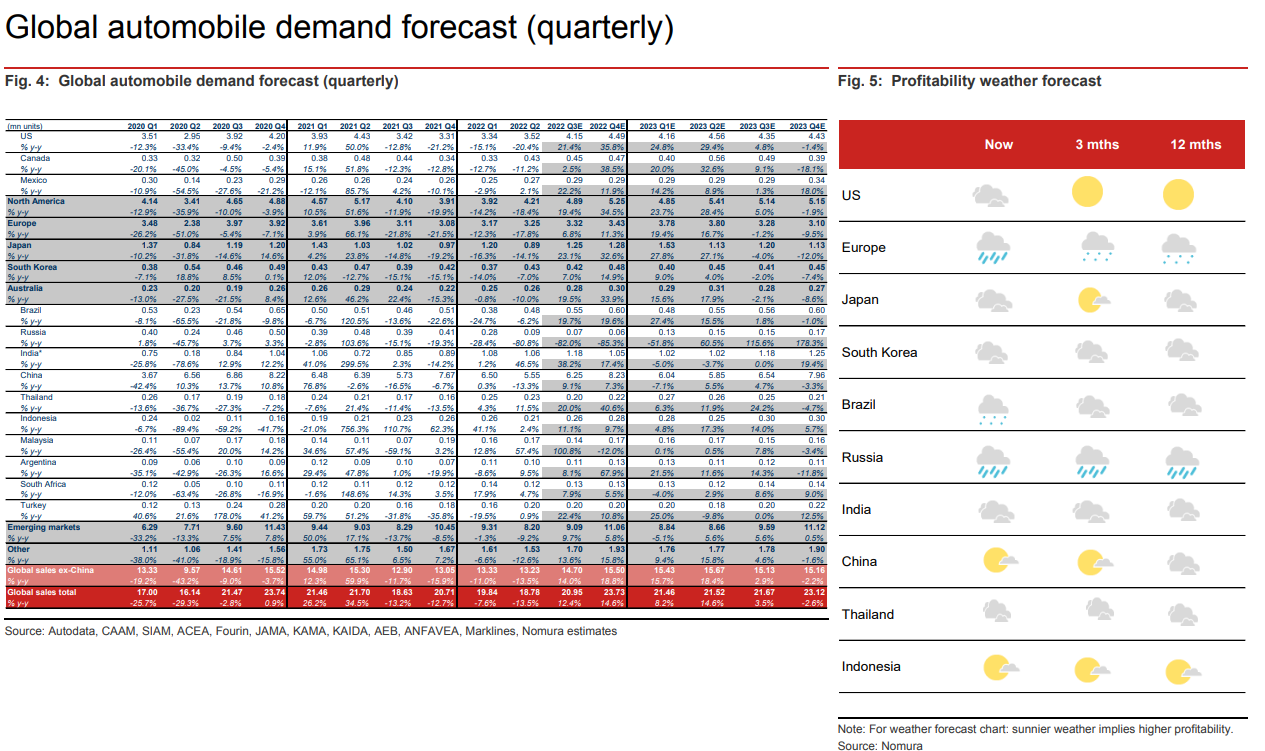 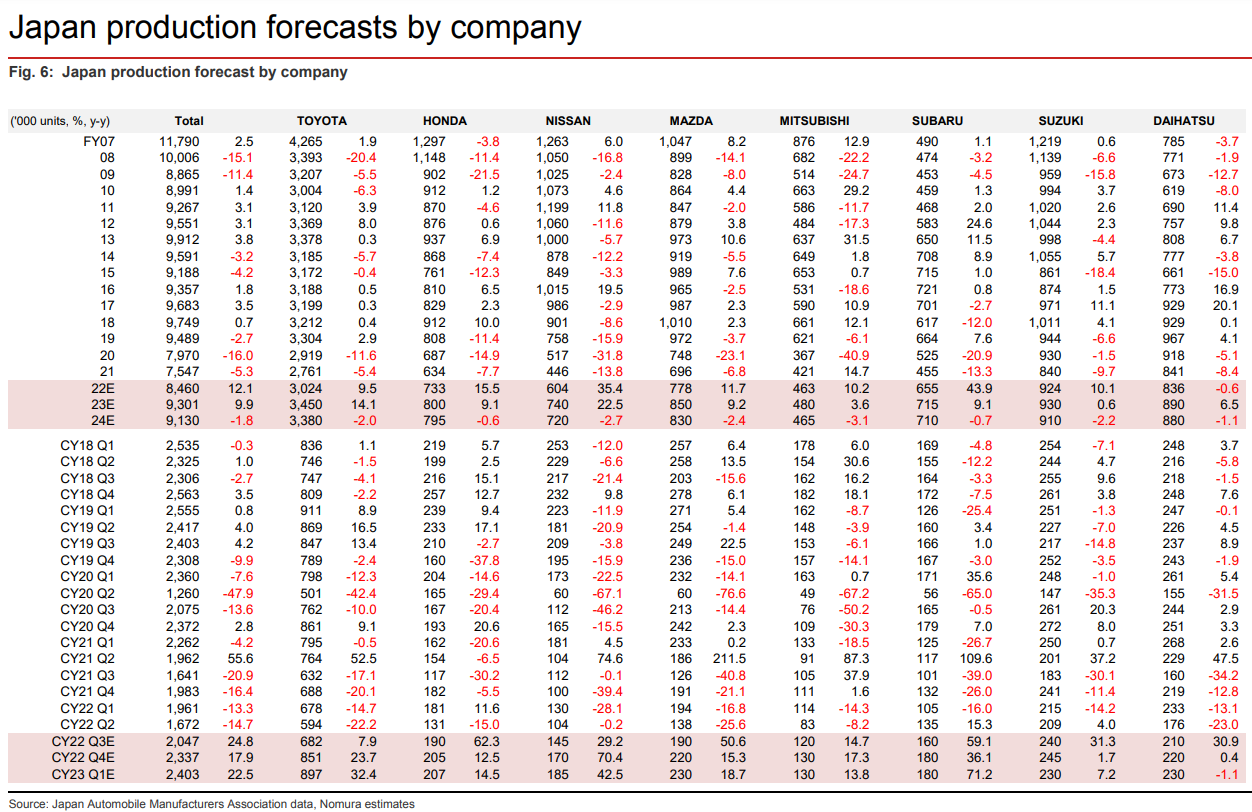 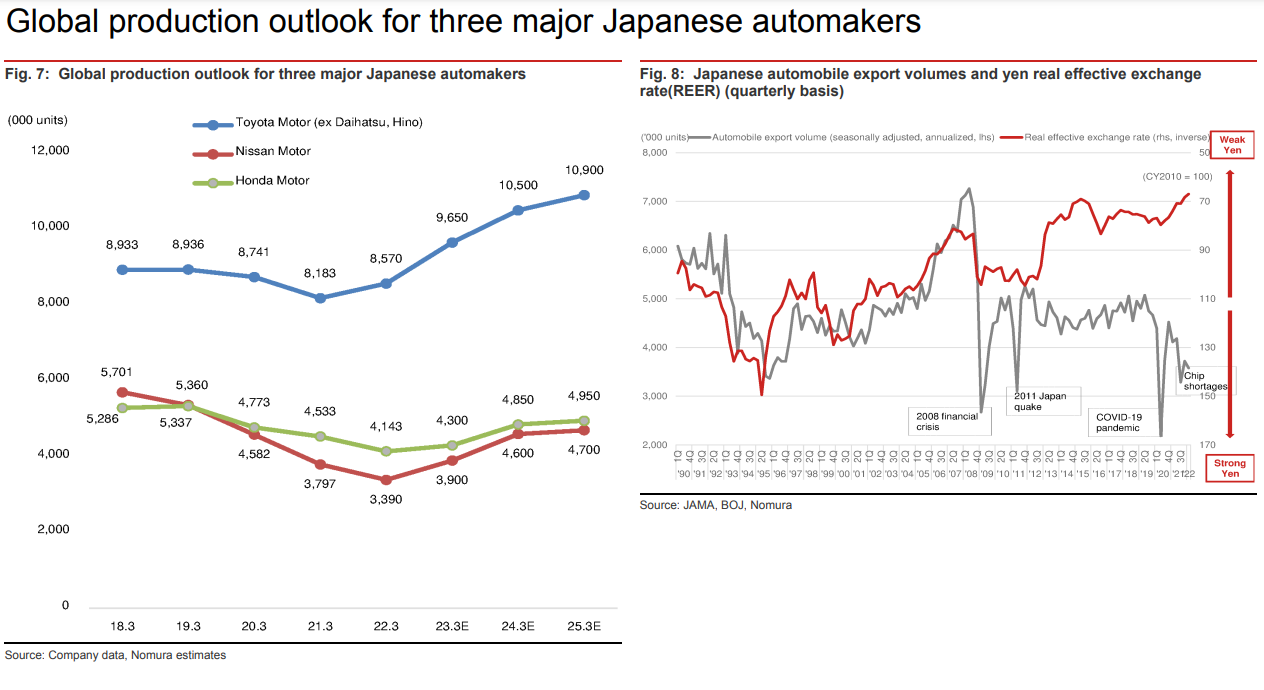 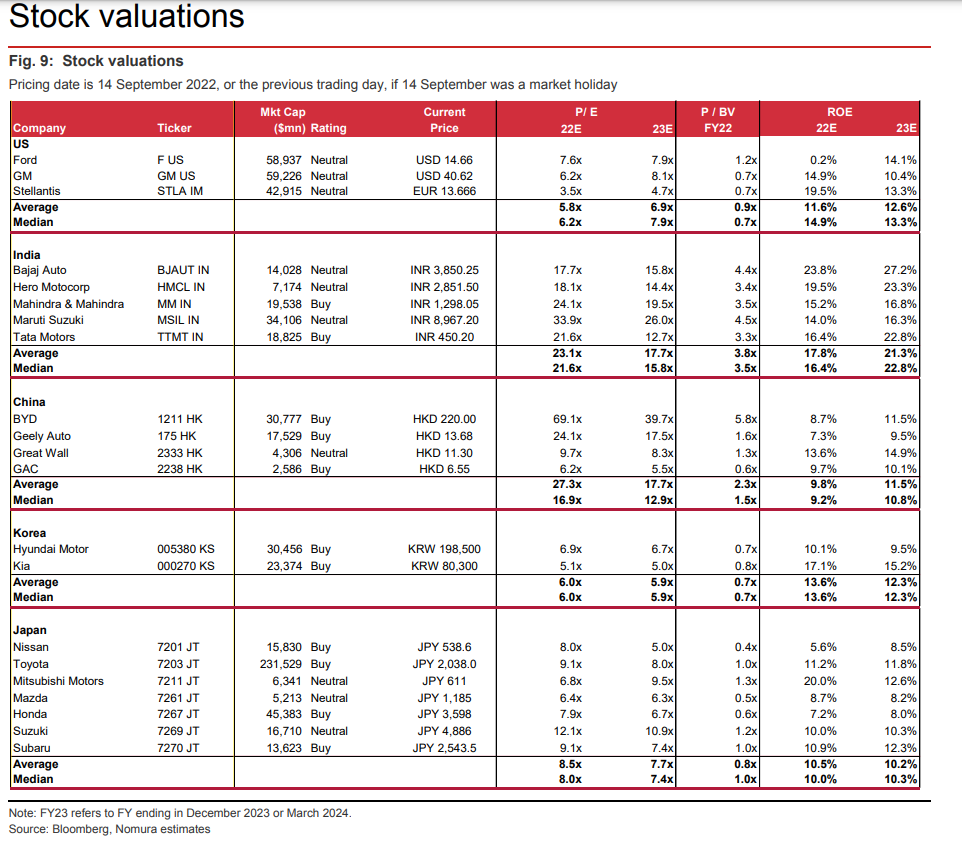 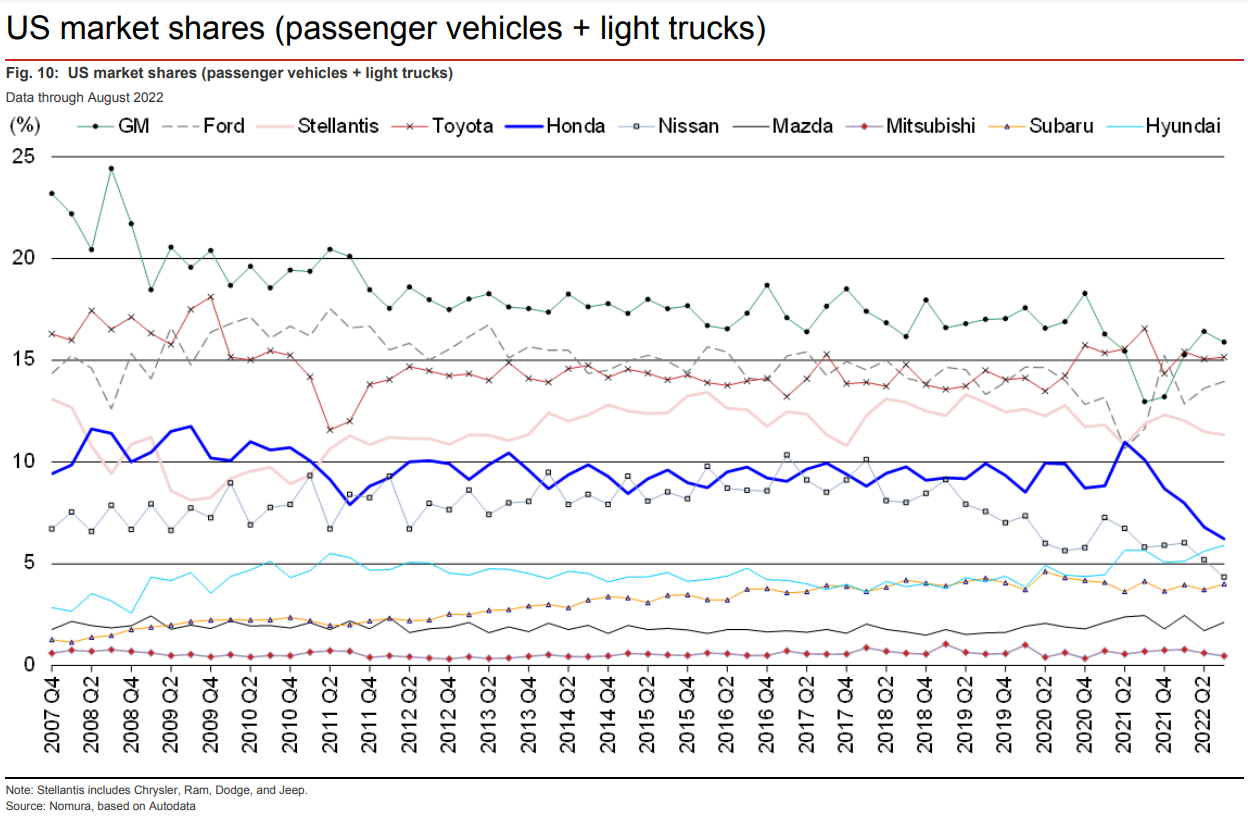 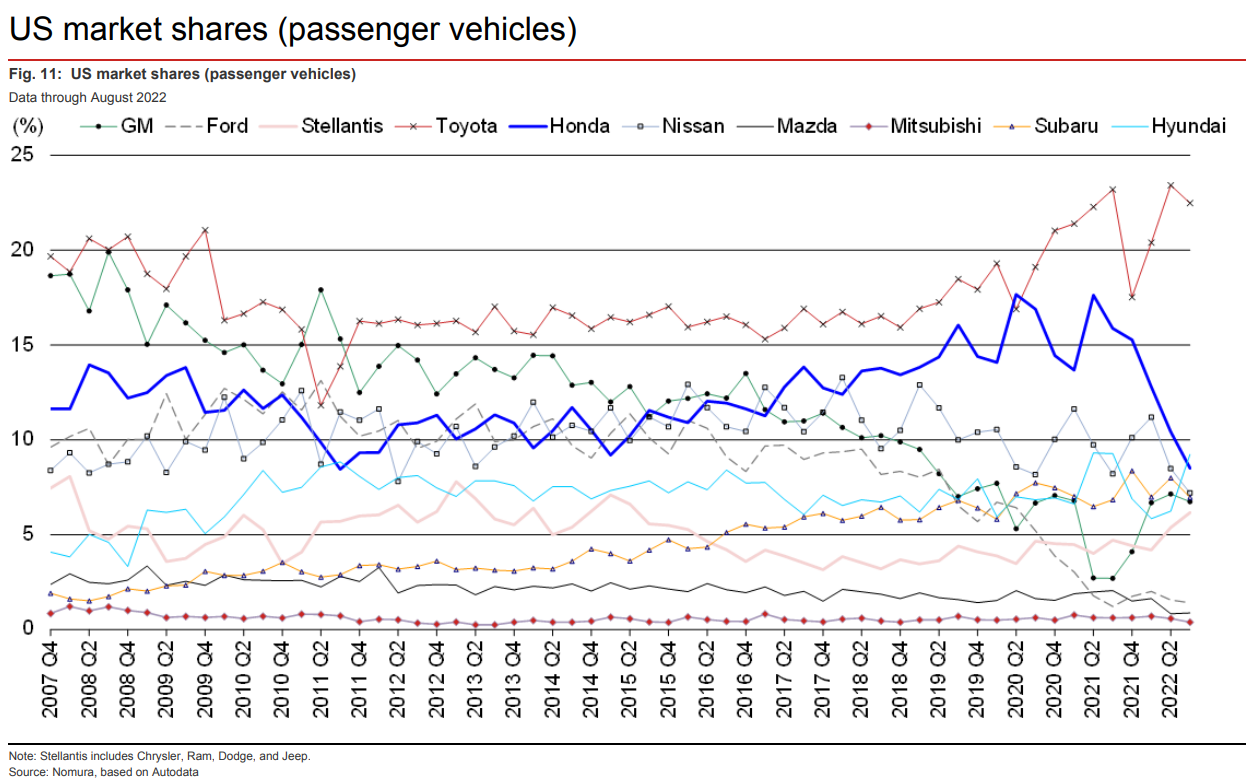 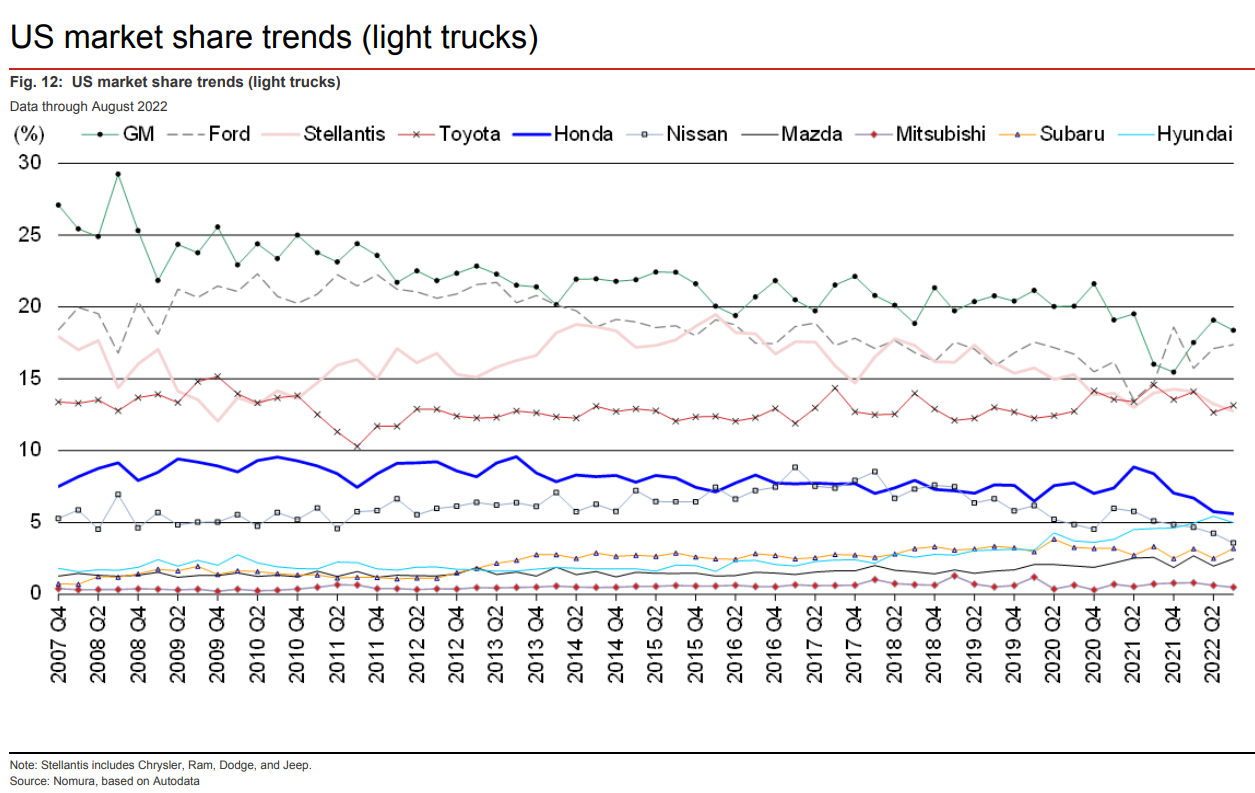 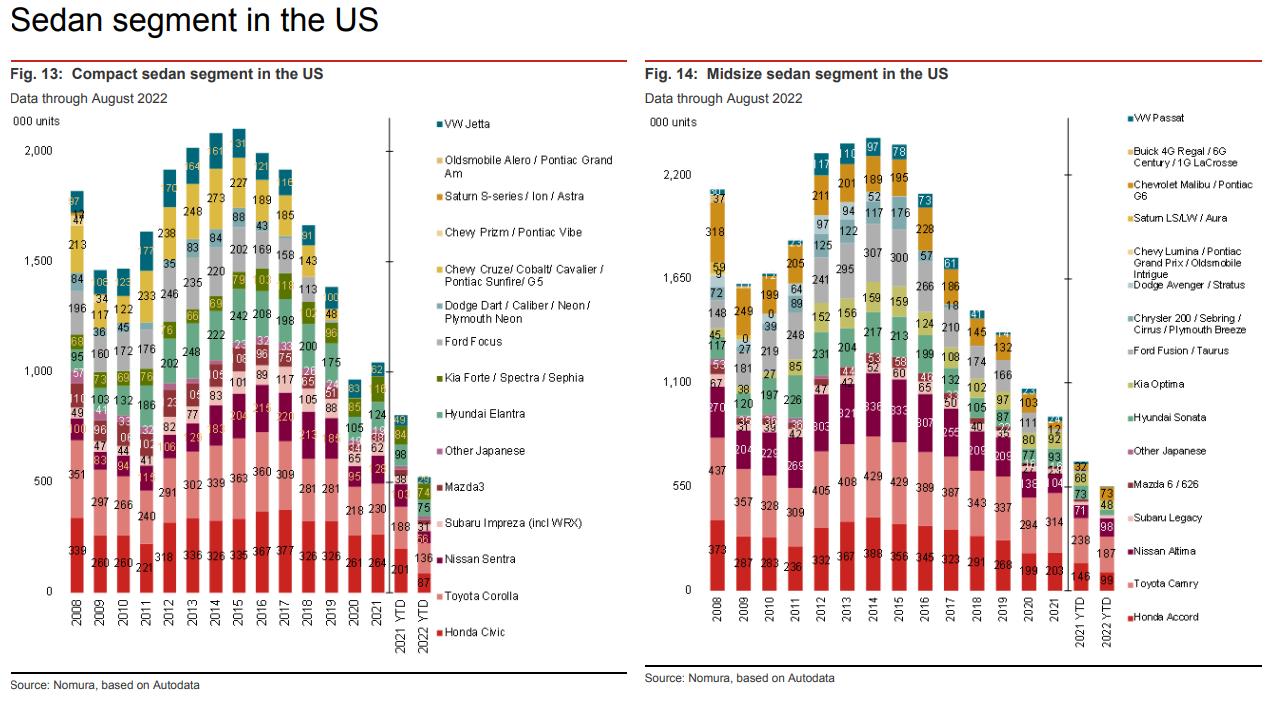 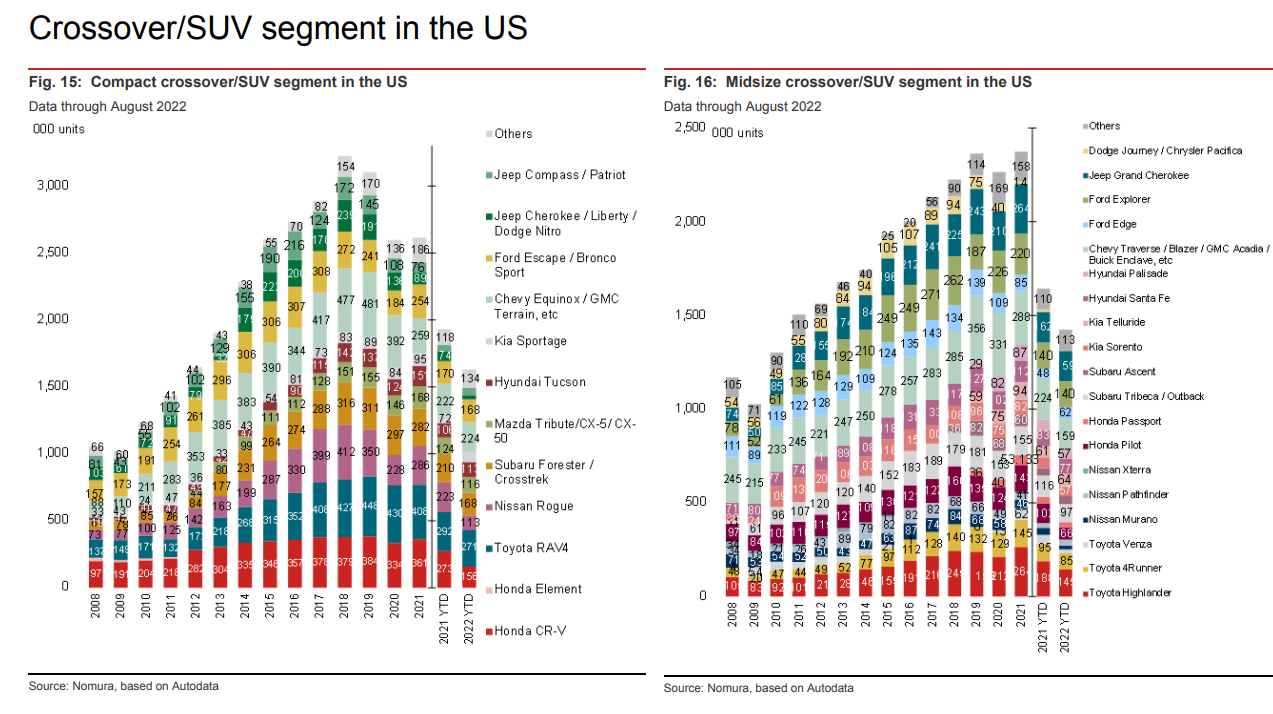 China’s Manufacturing Output Surged by 322% in Two Decades, 6x the US Growth