Projections for the Spanish Economy 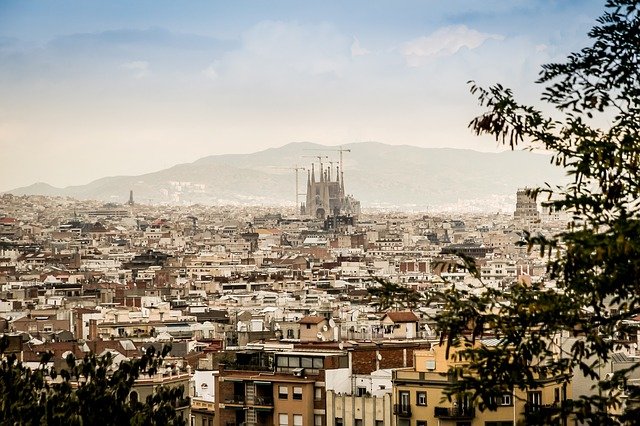 ▪ The global background and the Spanish macroeconomic snapshot: The energy crisis  in Europe, coupled with supply chain bottlenecks worldwide, and accelerated monetary  tightening are the major headwinds for the Eurozone and for the Spanish economy. The  rising risk of stagflation is causing drastic cuts to growth estimates and is raising inflation

▪ Spain’s public finances and the trajectory of Spanish debt: The debt/GDP ratio rose to  120% in 2020 after the shock of the Covid-19 pandemic. The country’s debt and deficit  sustainability face two main headwinds: a more adverse funding profile due to the monetary  policy normalisation and Spanish demographics, with both factors potentially requiring more  fiscal discipline.

▪ Investment implications: While technicals for SPGB look more mixed vs other periphery  countries, in the presence of a similar limited positioning for foreign investors, the focus in  the short term on spreads drivers will continue to be on the next announcement from the  ECB and to what extent the new backstop will be perceived as effective

Under our scenario and assumptions, Spanish GDP is projected to grow at 4.2% in 2022,  moving below 2% in 2023, significantly below Banco de España projections for 2023 and  2024 at 2.8% and 2.6%, respectively, as we expect the current environment of higher energy  and gas prices and high inflation to negatively affect consumers, companies and activity. Based  on the assumption of much tighter financial conditions than previously expected (partly as a  result of the monetary policy normalisation or tightening process undertaken by the main  central banks worldwide), we now see an additional factor contributing to a stronger moderation  in the rate of growth of activity.

While not expecting a contraction, we expect to see sub-par growth between the end of 2022  and early 2023 as inflation remains high and the negative spillover effects from slowing  European and global economies materialise, collectively weighing on the Spanish economy.

In Q1 2022, the GDP growth rate slowed substantially, to 0.3% quarter-on-quarter, due to several factors (effects of the Omicron variant of Covid-19 on services and recreational  activities; weakening confidence and consumption post the invasion of Ukraine by Russia;  production and distribution disruptions caused by the road hauliers’ strike in Spain).

In Q2 2022, economic activity is expected to continue to be adversely affected by the  following: the war in Ukraine through the persistence of high prices for numerous  commodities, including energy, minerals and food; the negative impact of agents’ confidence; and the reduced buoyancy in world markets and the simultaneous weakening of  Spain European economic partners. Some offsetting factors (the elimination of COVID-19  restrictions, which we expect to be driving a rebound in services, although to a lesse extent  than we thought at the beginning of the year; fiscal and regulatory measures adopted to  address the rise in energy prices; some payback effect from the decline in household  confidence in March entering in Q2) may up to a cartain extent help the economy to grow in  Q2 at a pace similar to Q1 and to expand slightly more in Q3, benefitting from the reopening  effects on tourism. Yet, as inflation remains high and once colder weather sets in, we expect to see a deceleration of growth in Q4, followed by an improving trend in 2023, underpinned by the assumption of the absence of significant additional shocks or gas rationing in europe, a gradual improvement in confidence, and a progressive easing of supply chains disruptions, coupled with the roll-out of NGEU-related funds. While headline inflation is expected to decelerate from 8% in 2022 towards 3.3% in 2023, risks still remain to the upside. Peak inflation is currently expected to materialise between Q2 and Q3, and to slow but remain in the 6.5-7% range by year-end 2022.

The sustainability of Spanish public debt and the deficit

On the fiscal side, the Banco de España projects budget deficit to narrow appreciably once again in 2022 (to 4.6% of GDP, 2.3pp below the 2021 level), although it should decline only marginally in the following two years. The debt of the public administration was 117.7% in 1Q 2022.

The ECB’s role in containing market fragmentation
The European Central Bank is playing a decisive role in containing spread-widening between peripheral and core euro bonds. In this respect, on 15 June, just six days after its official policy meeting, the ECB held an ad-hoc meeting to discuss the widening in eurozone bond yield spreads and the increase in borrowing costs. The Governing Council agreed two key measures moving forward:
– In order to preserve the functioning of the monetary policy transmission, the ECB decided to implement flexibility in reinvesting redemptions coming due in the PEPP portfolio.
– The Governing Council also decided to accelerate the completion of the design of a new anti-fragmentation instrument.

The news was well received by the market, resulting in a significant tightening of peripheral spreads, especially for Italy, as well as regarding the euro, which moved higher vs the US dollar.

Projections for the Italian Economy