TikTok becomes the world’s highest-grossing social app by in-app purchases with over $2.5m in daily revenue 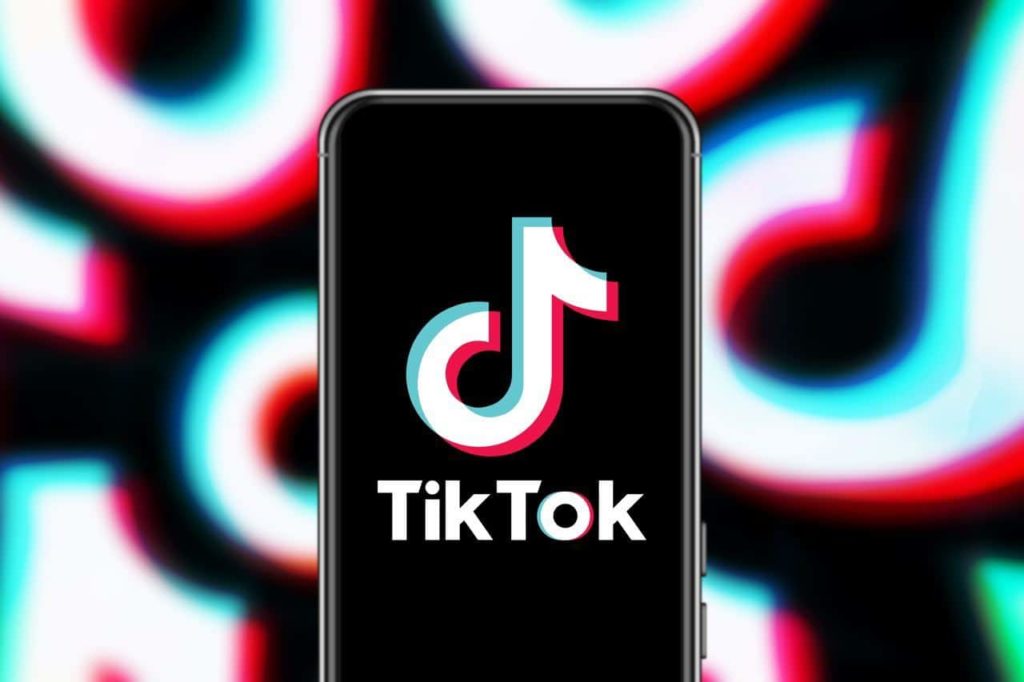 After gaining massive popularity over the last two years, the short video-sharing platform TikTok has turned its success into a money-making machine. The revenue growth has elevated TikTok to topple other established social media giants.

In particular, data compiled by Finbold on October 27 indicates that in September 2022, TikTok generated $2.5 million daily via in-app purchases and subscriptions (excluding advertising) on Android and iPhone devices worldwide, excluding the iPad. The value translates to an hourly revenue of about $104,000. During the month, the social media platform recorded a cumulative revenue of $75.8 million.

Notably, TikTok recorded the highest revenue among social media platforms, with the value for Google Play Store standing at $35.14 million to emerge second overall behind the dating app Tinder, which had $37.58 million. On the Apple App Store, TikTok’s revenue also emerged second at $40.66 million behind the gaming app Coin Master, which had $47.96 million. 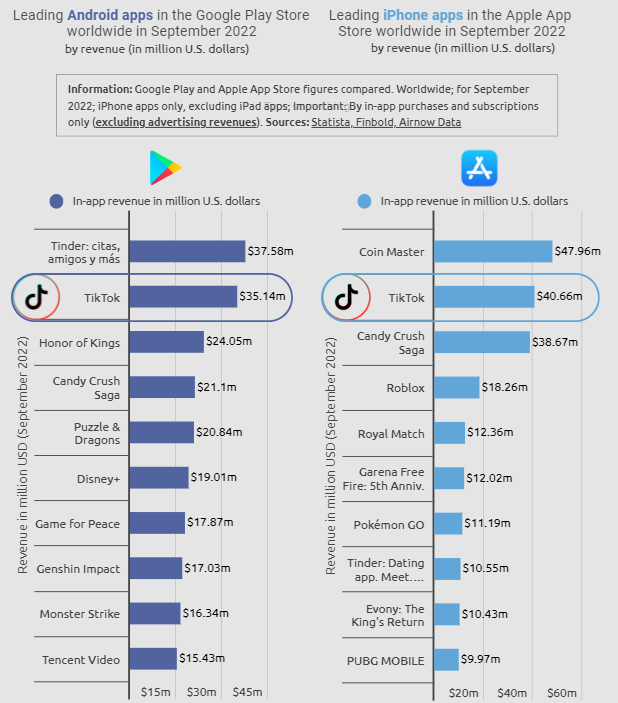 How TikTok turned popularity into revenue

The growth of TikTok has birthed a cultural economy containing influencers and marketing agencies dedicated to the platform, with the initiatives central to the app’s impressive revenue in a highly competitive social media scene. TikTok has sustained an upper hand thanks to its main selling point of built-in recording and editing capabilities. The features make it convenient for content creators to quickly record, edit, and share videos.

Additionally, after initially expressing skepticism about TikTok, advertisers are increasingly embracing the app to tap into the app’s global user base aided by a flexible business model. In this line, advertisers can engage with influencers that fit their target market through the creator marketplace. In general, TikTok has evolved with advertisers making the app a crucial part of their media strategy and budget.

The gains of TikTok can also be attributed to its model of recommending short videos based on the algorithm it uses. The app suggests content relevant to a user’s interests, keeping them engaged for extended periods, while the shorter videos enable users to access more content in less time.

An analysis of the apps by revenue shows TikTok is also beating gaming apps which are historically known to bring more revenue across all app categories. Therefore, it’s no surprise TikTok is attempting to make inroads into the gaming sector. A previous report indicates that the company conducted tests where users could play games within the app. The test was initially rolled out in Vietnam, with the company focusing on boosting its revenues if the feature is approved and goes global.

Interestingly, TikTok has brought in significant revenue despite the initial woes faced by its parent company ByteDance in the United States. Notably, former President Donald Trump targeted the app as part of trade wars with China that saw the government threaten to ban the app, citing security risks. Consequently, ByteDance resolved to sell a majority stake in TikTok to Oracle (NYSE: ORCL) and Walmart (NYSE: WMT) alongside a pledge to create 25,000 American jobs.

It is worth noting that the security risk concerns by the United States have partly dented TikTok’s reputation, with some companies still concerned about engaging with the app. This is highlighted by a survey that ranked TikTok as the least trusted and powerful social media platform.

Without a doubt, TikTok has significantly encroached into the territory of leading social media platforms operated by Meta (NASDAQ: META) and Alphabet (NASDAQ: GOOGL), with Facebook, Instagram, and YouTube emerging as the biggest casualties. For instance, TikTok hosts celebrities with huge followings who use it to communicate with their fans. Consequently, the fanbase has partly shifted from Facebook and Instagram to TikTok.

At the same time, Meta, which owns both Facebook and Instagram, is learning from TikTok’s success to revive growth. In this line, Meta has increasingly targeted younger people by aggressively pushing users to Reels and promoting videos heavily in feeds. The approach complements Facebook’s history of cloning popular social media applications deemed competent. Elsewhere, YouTube is also pushing YouTube Shorts to attract users not interested in long-format videos.

Overall, TikTok’s ability to record significant revenues at the expense of other established social media platforms is commendable. In this case, social media companies are battling the prevailing macroeconomic factors expected to take a toll on generated revenues amid the TikTok competition. Analysts also project that slowed revenues and competition from TikTok will compound the woes for most social media giants.