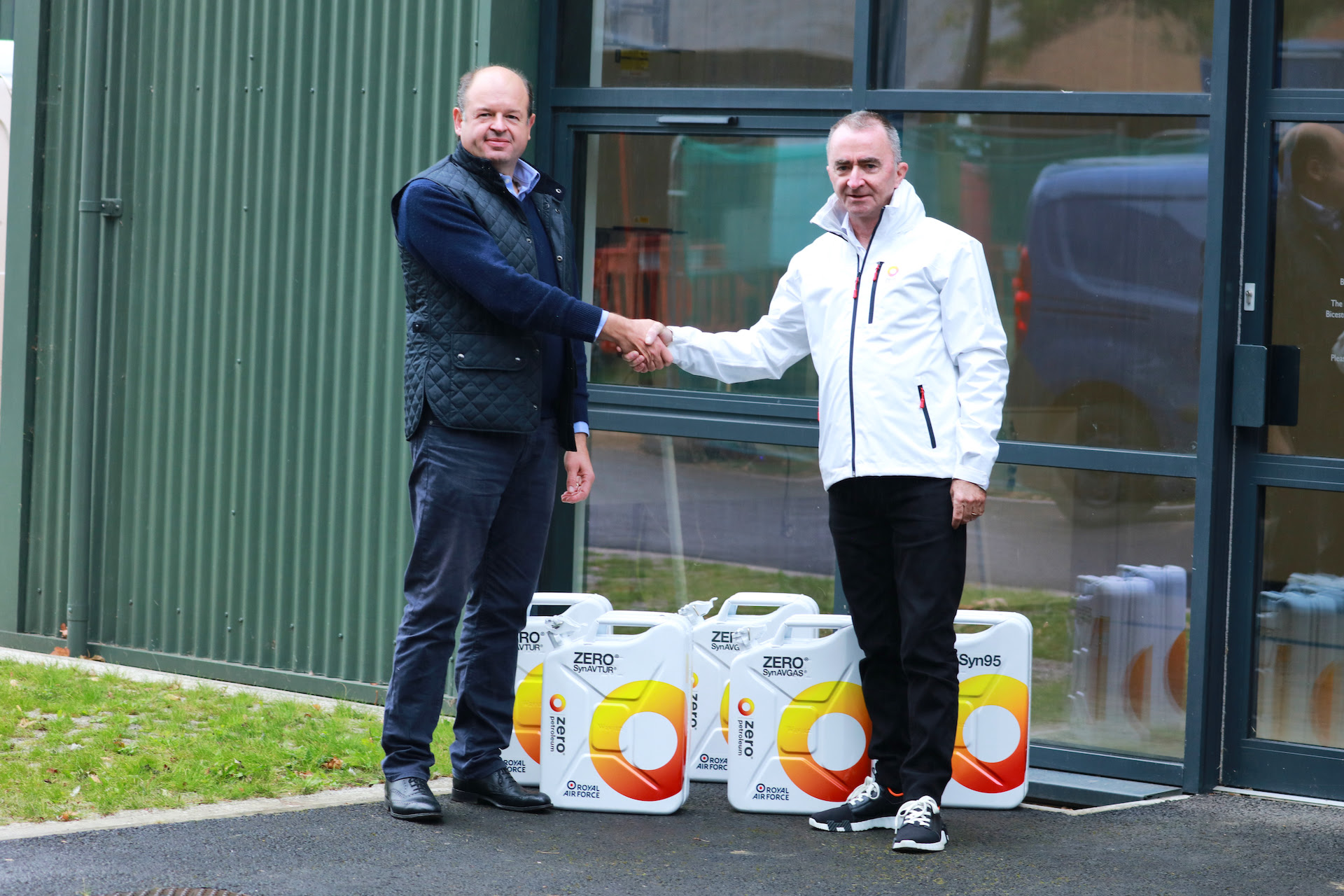 Zero Petroleum will set up its new ‘Laboratory Zero’ technology centre at Bicester Heritage and undertake a major local recruitment drive for its joint development project with the Royal Air Force (RAF). The new facility provides 10,000ft2 of mixed laboratory and engineering space. This will be core to delivering the next step in development of the company’s groundbreaking technology, with the production of synthetic ZERO® aviation fuels in the coming months.

The siting of the new centre at Bicester, a former RAF bomber base, will build on the region’s legacy in automotive and aviation innovation to create a new sustainable future for the two industries. Bicester Motion celebrates all aspects of motion, from historic motoring and aviation at Bicester Heritage, to EV and autonomous flight. Zero Petroleum will provide a unique offering that is 100 per cent fossil-free, carbon neutral and fully scalable.

The creation of the new facility follows the recent announcement of the RAF contract and the completion of a second round of funding in July, in which a very high level of interest was shown by professional investors and global commercial partners from the aviation and automotive industries. The company will now bolster its core team of talented individuals with 25-30 new technical experts, from technicians to run rigs to performance and chemical engineers to develop the synthetic fuel technology.

Paddy Lowe, Zero Petroleum founder and CEO, said: “We have decided to position our technology centre at Bicester Heritage due to the abundance of highly skilled local labour and industries, which are directly relevant to the research facility we are building, as well as the site community’s forward thinking initiatives such as the ‘scramble’, which will allow us to present our programme to the public. We are looking forward to integrating with the other interesting and relevant businesses at Bicester Heritage. Our recent funding round was oversubscribed and has given us the ability to advance our strategic and commercial goals more rapidly. The majority of investors have also indicated their willingness to participate in further funding rounds, giving an indication of support which is extremely encouraging and a positive indication for our future plans. I would like to thank all of our investors for providing us with the resources to make this important step in the development of the Zero Petroleum business.”

Victoria Prentis, MP for North Oxfordshire, said: “I welcome Zero Petroleum into my constituency and I wish them the best of luck for ‘Laboratory Zero’. I am pleased to see their plans for clean energy and I look forward to visiting the site, and meeting the team in due course. It is positive to see new economic opportunities for the area and Bicester Heritage will I’m sure be a fantastic site.”

Daniel Geoghegan, Chief Executive of Bicester Motion, commented: “We have followed keenly the developments by Paddy and his team and are excited for them join our site. The work that Zero Petroleum is doing is a positive step towards sustainability in the mobility sector alongside many other industries and we look forward to seeing their project develop and grow.”

The company’s synthetic ZERO® SynAVGAS® and ZERO® SynAVTUR® fuels for aviation and its ZERO® Syn95® petrol are direct drop-in replacements for existing fossil-based fuels. The fuels have the potential to fill a crucial gap in the power requirements for the future as they deliver the same performance and range as existing products, but are entirely sustainable and fossil-free.

They are manufactured by extracting hydrogen from water and capturing carbon from atmospheric carbon dioxide, a process that is entirely sustainable when using renewable energy sources such as wind or solar. When burned they emit exactly the same amount of carbon as is used in their production, creating a fully circular process that maintains the balance of the environment.

In collaboration with the RAF, the company secured the Guinness World Records® title ‘First aircraft powered by synthetic fuel’ in 2021 and the new partnership, signed at the Farnborough International Airshow, aims to run ZERO® SynAVTUR® in a fast jet within the next two years. Earlier this year, the company ran the first prototype of its ZERO® Syn95® petrol in two supercars for a demonstration on BBC’s Top Gear television programme, leading the presenting team to declare it a ‘magic bullet’ for the automotive industry that heralds a ‘bright new dawn.’ The same fuel was also used to power the Duke of Richmond’s motorbike at the Goodwood Festival of Speed.

Once up and running, the new facility aims to produce around 30 litres of fuel per day, which will be used to improve production efficiency and work towards fuel certification. The company is expanding its portfolio of partners following a recent successful attendance at Farnborough International Airshow and it aims to develop a commercial-scale production plant at a location in the UK within two to three years.