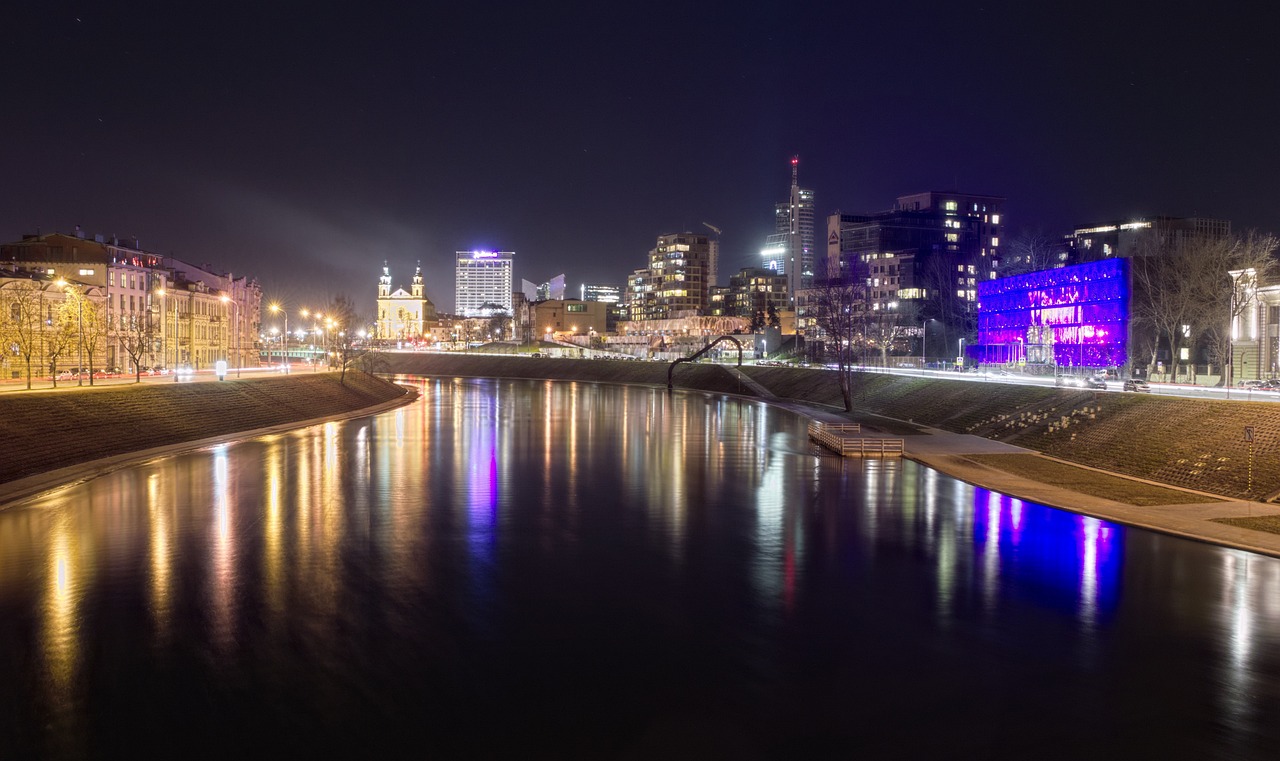 Lithuania boasts of an impressive number of record-breaking spots to visit. From the world’s largest labyrinth made from TVs to the first-ever museum dedicated to devils, visitors with a taste for the curious can break their own record of memorable moments collected during a trip.

October 7, 2022. The inherent curiosity of travelers often drives them to seek out the best, longest, fastest, oldest, deepest, tallest, and most remarkable experiences countries have to offer. Luckily, Lithuania is no stranger to remarkable places that are sure to impart a record-breaking amount of memorable moments for tourists.

From the first-ever Museum of Devils to the largest dreamcatcher in the world, here is a list of seven places that have officially become Lithuanian records or even entered the Guinness Book of World Records.

World’s largest TV labyrinth. The LNK Infomedis is a sculpture-labyrinth created by Gintaras Karosas entirely from televisions — recognized as the largest project of its kind by Guinness World Records, covering an impressive 3135 sq.m. area.

Viewed from above, the sculpture ironically takes the form of a tree, with the roots, trunk, and branches all included. Though a majority of the material was donated by the public in 1999, visitors continue to bring their outdated televisions to the Europe Park near Vilnius, the capital, amassing over 3,000 pieces of tech in the quaint surroundings of a forest.

Lithuania’s largest hill. The highest point in Lithuania is the Aukštojas hill in the Vilnius district, which lies just 293,84 m above the level of the Baltic Sea. Although this may seem like a laughable height to some, Lithuanians regard Aukštojas as a mountain in its own right that stands out in the relative flatlands of Lithuania. The mighty “mountain” shares its name with the oldest Baltic god, mentioned in written sources since the 14th century, the supreme deity of the sky, the creator of the world, and the keeper of the principles of morality and justice.

Today, Aukštojas has come alive with various projects and artistic events. At the very peak, a wooden observation tower, the White Sun Wheel sculpture, and an oak grove were all constructed. Just one kilometer away and a meter lower than Aukštojas lies another giant, the Juozapinės hill, which for a long time held the record for the highest point in Lithuania.

The first Lithuanian flag to have flown in space. Lithuania fosters quite a few friendships with communities overseas, whose support is monumental in achieving out-of-this-world feats. A testament to this is hoisted on the observation deck of Lithuania’s Museum of Ethnocosmology — found in the town of Molėtai —  is a national flag, immortalized twice in the country’s book of records.

The flag received such acclaim after it was taken by US businessman Jared Isaacman — in the limited list of items that he brought to the journey — and flewn 585 km above the earth during the world’s first all-civilian mission to orbit — Inspiration4. Jared unfurled the tricolour to express his gratitude and respect for our country and his colleagues in Lithuania, where his company’s software development and customer service centre is located. A special exhibition is planned to be set up in the museum to provide more details about the first-of-its-kind expedition.

Šakotis cake fit for a giant. The cake known as šakotis — a type of cake baked on a spit — is the centerpiece of any Lithuanian holiday dining table. The dessert is thought to have traveled from Germany to Lithuania in the early 20th century. It is referred to as « baumkuchen » or « tree cake » there, getting its name from the rings that the various topping layers produce that mimic tree grooves. Lithuanians chose to go big in their version of the cake, mimicking the shape of an entire pine tree.

Locals are known to not shy away from going all out during celebrations, a result of which became a 3,72 m tall, 86 kg Guinness World Record holding šakotis, baked in 2015. After the record was set, Jaskonys village became home to the world’s first and only Šakotis Museum, where the current title-holder is displayed among various baking tools, as well as samples of other spit cakes baked around the world.

From the original 260 devil statuettes collected by renowned Lithuanian artist Prof. Antanas Žmuidzinavičius, the collection steadily grew as part of a tradition for visitors to gift the museum pieces of art depicting the mythological creature — from various crafts to masks and prints. Today, the museum serves as a reflection of Lithuanian folklore history and a chance to discover how over 70 different cultures depicted the devil.

Lithuania’s heaviest piece of amber. Amber — drops of resin from trees that have solidified in the Baltic sea for thousands of years — is referred to as the gold of Lithuania. Even now, we still rely on the special qualities of amber, utilizing it to make jewelry and for spa incense, oil, and powder. The Mizgiris Amber Museum in Nida — a former fisherman village turned popular resort town — is planning to issue a challenge to the current holder of the record for the heaviest piece of amber in Lithuania. The ingot of Baltic amber exhibited in the new museum, named the Stone of Perkūnas, weighs an astounding 3,82 kg and is 300 g heavier than the Sunstone found in the Amber Museum of Palanga.

The museum in Nida tells the story of amber — from its natural formation to its cultural impact — in various interactive and artistic forms. A rare type of spider from 50 million years ago trapped in amber is one of the most intriguing displays. In recognition of Kazimieras Mizgiris, the museum curator who found the spider, it has been given the name sosybius mizgirisi.

The world’s largest dreamcatcher. 12,7 m high, 10,14 m wide, and 156 kg heavy are not characteristics that would be intuitively attributed to a dreamcatcher. However, that is exactly what the healthy lifestyle center Auksinė Giria in Asveja regional park prides itself on.

Here, artist Vladimiras Paraninas suspended what is now known as the largest dreamcatcher not only in Lithuania but in the entire world from the tops of pine trees in 2018. Sitting in the ambiance of a fragrant forest, the mystical properties of the contraption trap any nightmares disturbing a restful sleep in its web.

Lithuania Travel is a national tourism development agency responsible for Lithuania’s tourism marketing and promotion, acting under the Ministry of Economy and Innovation. Its strategic goal—to raise awareness of Lithuania as an attractive tourism destination and to encourage inbound and domestic travel. The agency closely collaborates with tourism businesses and organizations, presents Lithuanian tourism products, services and experiences on social and digital media, press trips, in international travel exhibitions and B2B events.