China and India control 60% of all gold jewelry market globally 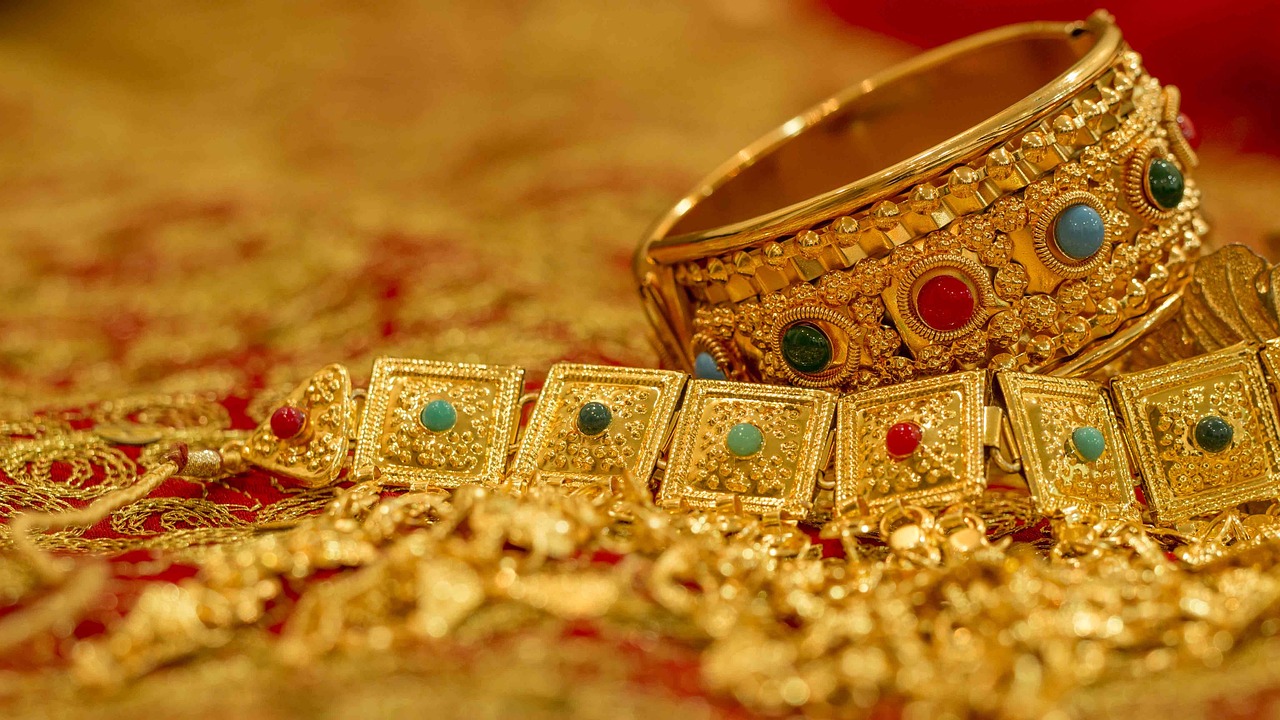 Gold jewelry continues to appeal to different cultures throughout the world, with additional uses for the yellow metal, such as investment opportunities, flourishing in the face of adverse economic situations also remaining popular. Gold has many different uses around the world, each of which is very distinctive from the others.

In this line, data presented by Finbold indicates that China and India accounted for 60.53% of the world’s gold jewelry market in 2021 by tonnes of gold sold. In particular, with 675 tonnes sold, China led with a market share of 31.77%, while Indian consumers purchased 611 tonnes, representing 28.76%. Southeast Asia comprising Indonesia, Thailand, Vietnam, Singapore, and Malaysia, cumulatively purchased 64 tonnes.

Other leading jewelry gold consumers include the United States (149 tonnes), Europe (68 tonnes), Turkey, and the UAE combined (68 tonnes). The rest of the world has the third largest share of 489 tonnes or 23.02%.

Elsewhere, a breakdown of gold demand by sector as of Q3 2022 indicates that jewelry ranks top at 67.17 million ounces, followed by investment at 30.56 million ounces, while bar demand ranks third at 30.52 million ounces. Industry sits in the fourth spot at 11.7 million, while electronics caps the fifth position at 9.61 million ounces. 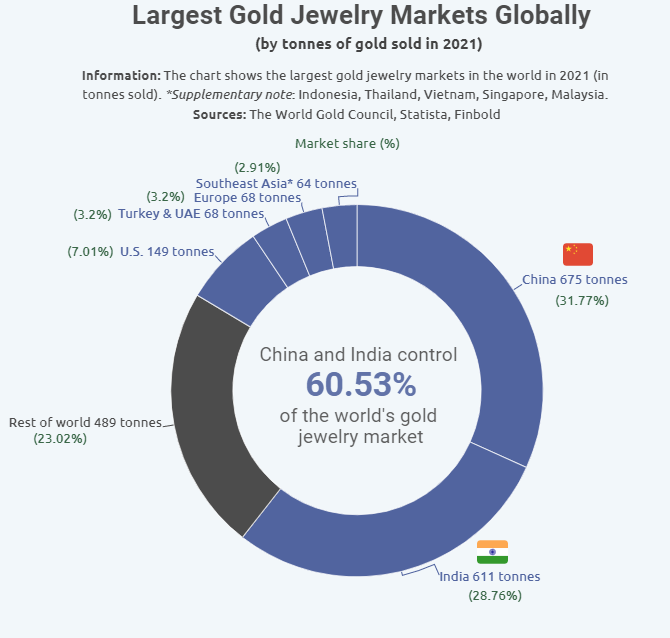 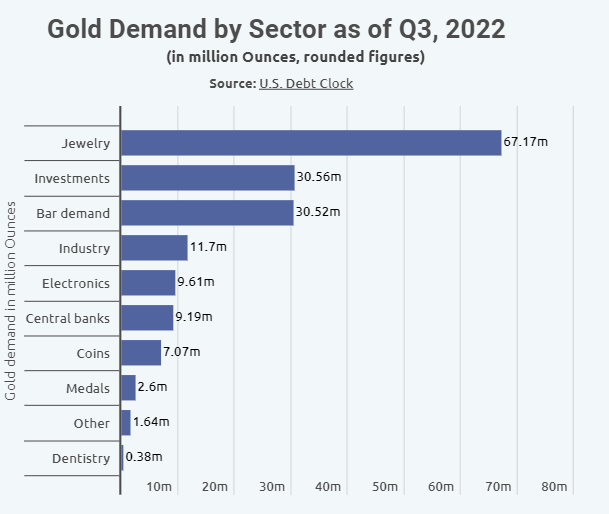 Why China and India are leading in gold jewelry

China’s demand for gold jewelry can be attributed to the cultural practices in the country. The demand is mainly driven by a society that is accumulating more wealth, led by a growing middle class guided by the view that owning gold demonstrates good financial foresight with the promise of harboring good fortune.

The significance of gold in Chinese culture is exhibited by practices like the gifting of the precious metal to young family members during special occasions. At the same time, gold jewelry has a special place in the Chinese New Year. Overall, the demand for gold in China has also been accelerated by friendly policies like lifting the ban on private gold ownership.

Besides the cultural importance, Indian gold consumers consider the metal a store of value, a symbol of wealth and status, and a fundamental part of different rituals. Unlike China, India’s rural population also carries a deep affinity for gold due to its portability and the ability to act as an investment option.

Overall, with global prices experiencing a downturn since July 2020, consumers in the countries also accumulate the asset for financial gains hoping to benefit from a price rally. Additionally, demand signals the return to pre-pandemic levels aided by a pullback in prices.

Due to gold’s unique qualities as an asset, metal has increasingly been used as an investment product. Historically, gold has been viewed as a safe asset in times of uncertainty or economic turmoil. In this line, investors have been focusing on the metal amid the skyrocketing inflation while incorporating gold in portfolios also assists in lowering volatility and minimizing losses during market corrections.

Although alternatives like Bitcoin (BTC) have emerged, gold still maintains an upper hand as a historically reliable, tangible long-term store of value. This aspect is highlighted by gold’s stronger performance than the equities market in 2022. However, aggressive central bank monetary policy tightening has partly weighed on the price. Gold has generally been supported by greater risk and uncertainty.

Along the same line, central banks are accumulating gold aiming to have stable assets in their reserves. However, with the current economic uncertainty resulting in the weakening of global currencies, most central banks have increasingly opted to purchase gold, with the institutions intending to diversify away from the U.S. dollar. In general, investment demand for gold remains lackluster despite the bearish sentiments in the market.

Notably, there remains room for gold to lose its cultural value in the future, considering existing signs the precious metal is losing popularity, especially among young people who have shown preference for the digital version of the precious metal. However, with prevailing global inflation, retail investors are likely to keep accumulating for a store of value status, while the resulting interest rate hikes will likely give prominence to other products like gold exchange-traded funds (ETFs).